Osteoporosis: Could Selenium Reduce the Risk? 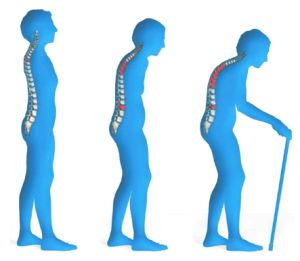 Throughout life, the body continuously breaks down bone, reabsorbs it, and remakes it. In osteoporosis, the reforming of bone cannot keep up with the rate of bone breakdown.

The condition affects roughly 1 in 3 females over 50 years of age, while 1 in 5 males will have fractures that osteoporosis relates to during their lifetime.

There are some risk factors for osteoporosis that people cannot avoid, such as advancing age and sex. But experts have also identified some modifiable risk factors, for instance, smoking tobacco & drinking alcohol increase the risk.

Scientists also believe that dietary factors might play a part. To date, most research looking at nutrition & osteoporosis has concentrated on calcium because of its pivotal role in bone health.

The authors of the most recent study, however, believe that other micronutrients could influence osteoporosis risk. They decided to focus on selenium. The scientists published their results in the journal BMC Musculoskeletal Disorders.

What is selenium?
Selenium is a trace mineral that is essential for human health. It plays a part in many systems of the body and is present in a wide range of foods, including fish, shellfish, red meat, grains, eggs, chicken, liver, and garlic.

Although a handful of earlier studies have looked at selenium's impact on osteoporosis, the evidence has not been conclusive.

To address this gap in our knowledge, the latest researchers took data from 6,267 participants who visited the Department of Health Examination Centre of Xiangya Hospital, Central South University, China.

Registered nurses engaged with all participants and collated information about their lifestyles and demographics. All participants were 40 years of age or older and completed detailed food frequency questionnaires.

Importantly, the scientists also took note of other parameters that can influence osteoporosis, such as drinking, smoking status, body mass index (BMI), and level of physical activity.

Selenium and osteoporosis
Overall, osteoporosis was present in 9.6% of participants — 2.3% in males and 19.7% in females. Using the questionnaire data, the scientists split the participants into four groups, which they ranked for the highest to the lowest selenium intake.

As they expected, individuals with the lowest levels of dietary selenium had the highest risk of developing osteoporosis. The authors observed a dose response relationship; in other words, selenium intake had a negative correlation with osteoporosis risk — the more an individual consumed, the lower their risk.

Even after controlling for factors such as age, gender, and BMI, the relationship was still significant; it also held true for both males and females. The authors conclude:
"The findings of our study may give a hint of the pathogenesis of [osteoporosis], and future studies of dietary intake, including [selenium] supplementary intake, on the risk of [osteoporosis] are warranted."

In their paper, the authors discuss some mechanisms by which selenium might influence osteoporosis risk. They explain how the activity of immune molecules, such as cytokines, encourage the progression of osteoporosis and that selenium may inhibit these molecules.

Reactive oxygen species occur as a byproduct of oxygen metabolism and play useful roles in the body. However, if they build up, they cause oxidative stress, which can damage cells. Therefore, lower levels of selenium might increase oxidative stress.

This is important because, as the authors explain, there is some evidence that oxidative stress might influence the progression of osteoporosis.

Limitations and the future
The authors believe that theirs is the first study to relate dietary selenium intake to osteoporosis directly. Although they used a relatively large sample size and accounted for a wide range of variables, there are still significant limitations.

For instance, any study that is reliant on self-reported food intake is open to error — human memory is certainly not infallible. The authors also explain that levels of selenium in food can vary, and that preparation methods also influence how much selenium is available.

Also, in observational studies such as this, it is not possible to confirm a causal relationship between dietary selenium and disease outcomes; there is always the possibility that other factors are influencing the results.

As the average age of the population slowly rises, osteoporosis is becoming more prevalent. Understanding how we can reduce risk is vital, and more work is sure to follow.